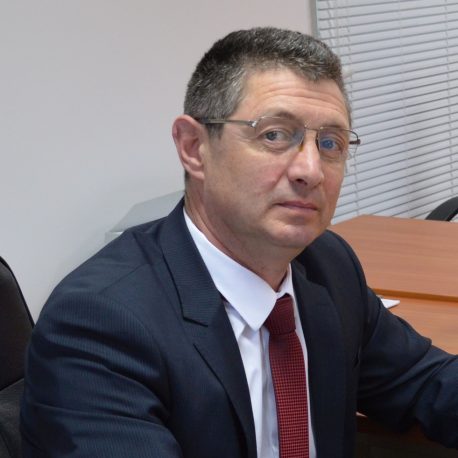 Eng. Ivaylo Vasilev has been part of the management team of Assarel-Medet JSC since October 2015 and he is currently Investment Projects and Development Director. He was born in 1965 and he graduated from the University of Chemistry and Metallurgy in Sofia. Later, he also acquired a master’s degree in Industrial Management at the Technical University in Sofia.   In 1992, he started work as an operator at the Sulfuric Acid workshop at MDK-Pirdop (Pirdop Copper Smelter), currently Aurubis Bulgaria JSC.  By 2009, he occupied various positions – from a Shift Foreman to Operations Director. In the period from January 2009 to October 2014, working at different positions he participated in the development and implementation of heavy industry projects in the country and aboard. By October 2015, he was manager of Eco engineering RM EOOD.